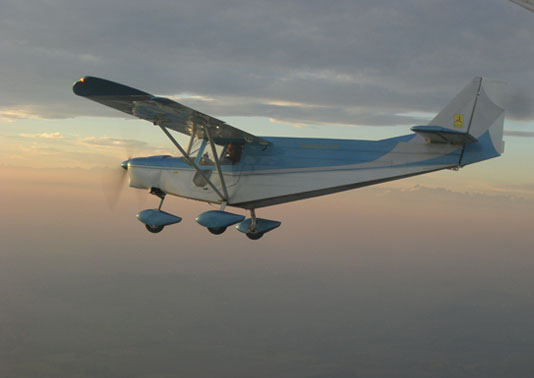 The Savannah™ VG (Vortex Generator) was born from the need to have an aircraft with STOL qualities, made equal to the model Savannah, but with a substantial increase of the cruise speed and the maximum one.
This aircraft is very well-finished and equipped  with various production accessories and optional.
The aim of the little vortex generators stuck on the wing’s leading edge, is to energize the boundary layer. The result is a decrease of the stall speed due to a bigger wing attachment’s angle, as well as an increase of the control authority.
The Savannah™ VG is the ideal aircraft for those who want to combine the safety of the STOL flight with the possibility to do long transfers with a cruise speed higher than 170 Km/h.
The cockpit completely sound insulated and heated increase the comfort already in basic version.
As for the standard Savannah, also the VG version assures an extreme versatility, thanks to the possibility to choose it in different configurations: tricycle landing gear or tail-wheel gear or amphibian.

– The Savannah™ VG is a monoplane type, with two side-by-side seats, fitted with a high wing supported by struts.
– The airframe structure is a full-metal one with load-resisting panels.
– The wing presents a “high lift” NACA 650-18 modified airfoil with Junkers type flaperon (aileron + flap) with manual or electrical (optional) control.
– The squared fuselage and the dorsal fin are fitted to improve the directional.
– Trim with electrical control on the elevator and with manual control on the rudder.
– It is possible to install a parachute “Junkers 500” type

– The two large lateral doors allow an easy independent access to the cabin and they may be
removed for flying in hot regions or to take pictures.
– The visibility has been improved thanks to a new lexan window in the lower part of the door.
– The cabin arrangement features two canvas or upholstery covered side-by-side seats.
– The luggage van, situated behind the seats and accessible during the flight, may contain up to 45 lbs (20 kilograms)
– The cabin’s ventilation is provided by an opening between the doors and the upper part of the cabin door frame. A dynamic air scoop intended to extract the cabin air is fitted at the bottom of the baggage compartment. It’s possible to improve the cabin ventilation by using two rotating air scoops in the doors windows
– Heating system with control on the dashboard.
– Cabin light. 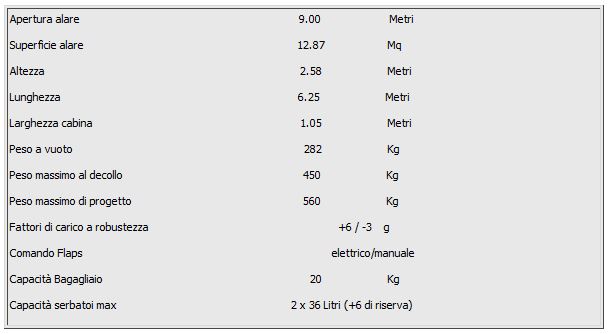