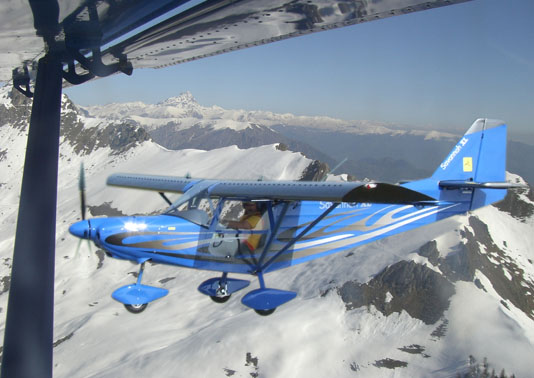 True STOL concept: landing and taking off from short field is its vocation! The Savannah™ XL becomes part of the I.C.P. aircraft fleet with an aim: making the flight as pleasant as possible thanks to the new generous dimension of the cockpit and the panoramic windows that offer excellent visibility.
Equipped with Vortex Generators and with an improved aerodynamic line, sweet and tapered that end with a spinner diameter 260 mm, this ultralight has a cruising speed of 180 Km/ph, with maximum comfort.
To gain speed and thus further range, the front streamline has been revised sloping the windshield more and fully redesigning the engine cowling.
The large instrument panel is well suited to contain full instrumentation with the most various instruments. 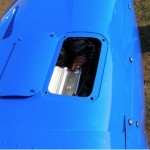 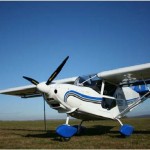 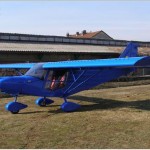 – The Savannah™ XL VG is a monoplane type, with two side-by-side seats, fitted with a high wing supported by struts.
– The airframe structure is a full-metal one with load-resisting panels.
– The wing presents a “high lift” NACA 650-18 modified airfoil with Junkers type flaperon (aileron + flap) with manual or electrical (optional) control.
– Trim with electrical control on the elevator and with manual control on the rudder.
– It’s possible to install a parachute “Junkers 500” type.
– The tanks are installed into the wings and have 36 litres capacity each. They are communicating and flow into a collection sump, placed in the fuselage, provided with drain valve and with fuel reserve indicator connected to a push-to-test light.

– The two large lateral doors allow an easy independent access to the cabin and they may be removed for flying in hot regions or to take pictures.
– The cockpit is completely sound insulated and covered with upholstery or fitted carpet.
– For a better visibility, the doors and the roof are fully transparent.
– The cabin arrangement features two canvas or upholstery covered side-by-side seats.
– The luggage van, situated behind the seats and accessible during the flight, may contain up to 45 lbs (20 kilograms)
– The cabin’s ventilation is provided by an opening between the doors and the upper part of the cabin door frame. A dynamic air scoop intended to extract the cabin air is fitted at the bottom of the baggage compartment. It’s possible to improve the cabin ventilation by using two rotating air scoops in the doors windows.
– Heating system can be orientated on feet or on windshield with control on the dashboard.
– Cabin light.

– The main landing gear is made by a single-piece aluminium alloy single-leaf leg.
– The nose landing gear (in tri-cycle configuration) is fitted with a telescopic, elastic chord shock absorber, and is steerable in order to ease the taxiing.
– The hydraulic disc brakes are independents and operate on the main landing gear’s wheels. 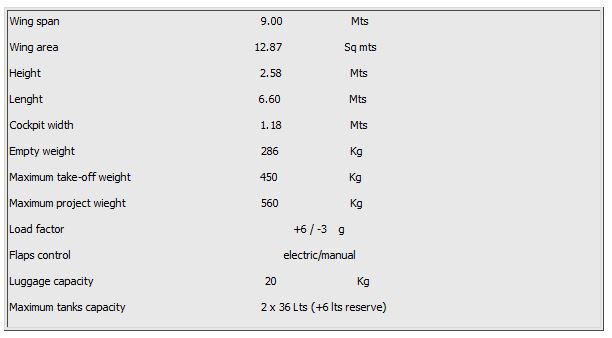 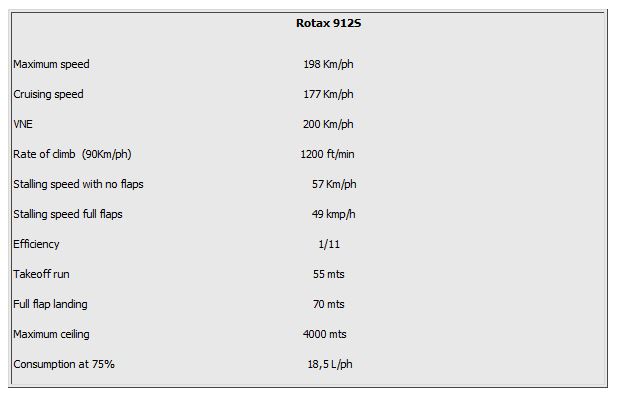