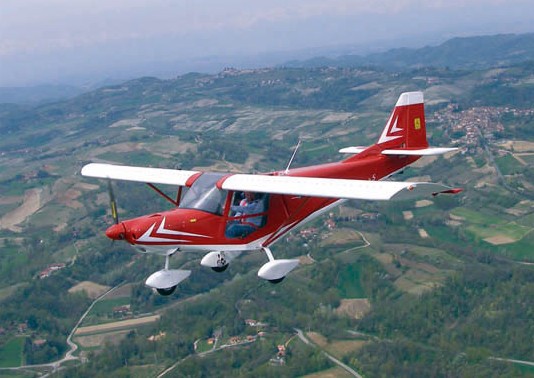 The Savannah™ S is I.C.P.’s 2010 innovation. It was born from the wish to make the Savannah™ more refined and elegant and complete the aesthetical improvement process already started last year with the Savannah™ XL, whose front part fuselage was completely modified.
This year we have paid attention to the back side of the aircraft. We have left the wings unchanged, because they have always proved to be the key force of the Savannah™, above all in VG (vortex generators) version, thanks to the combination of the wide wing surface with the high lift profile.
The object of restyling 2010 has been the tail trunk; we have removed the corners, so the typical squared shape has been replaced by a sinuous bending that gives harmony and completeness to the whole aircraft, without taking away the well known features of solidity and safety.
The new Savannah™ S joins inside all the previous versions’ improvement:
The wings with vortex generators, that imply a cruise speed increase up to180 Km/h, without compromising the very low stalling speed
The cockpit wider dimensions, able to lodge comfortably also the taller pilots
The adjustable rudder pedals, standard or advanced position of 10 cm
The panoramic view thanks to the canopy and the doors fully transparent
Aerodynamic profiling improved thanks to the streamlined engine cowling and to the major slope of the windscreen
Wider and higher positioned instruments panel, to leave more space to the knees.

– The Savannah™ S is a monoplane type, with two side-by-side seats, fitted with a high wing supported by struts.
– The airframe structure is a full-metal one with load-resisting panels.
– The wing presents a “high lift” NACA 650-18 modified airfoil with Junkers type flaperon (aileron + flap) with manual or electrical (optional) control.
– Trim with electrical control on the elevator and with manual control on the rudder.
– It’s possible to install a parachute “Junkers 500” type.
– The tanks are installed into the wings and have 36 litres capacity each. They are communicating and flow into a collection sump, placed in the fuselage, provided with drain valve and with fuel reserve indicator connected to a push-to-test light.

– – The two large lateral doors allow an easy independent access to the cabin and they may be removed for flying in hot regions or to take pictures.
– The cockpit is completely sound insulated and covered with upholstery or fitted carpet.
– For a better visibility, the doors and the roof are fully transparent.
– The cabin arrangement features two canvas or upholstery covered side-by-side seats.
– The luggage van, situated behind the seats and accessible during the flight, may contain up to 45 lbs (20 kilograms)
– The cabin’s ventilation is provided by an opening between the doors and the upper part of the cabin door frame. A dynamic air scoop intended to extract the cabin air is fitted at the bottom of the baggage compartment. It’s possible to improve the cabin ventilation by using two rotating air scoops in the doors windows.
– Heating system can be orientated on feet or on windshield with control on the dashboard.
– Cabin light. 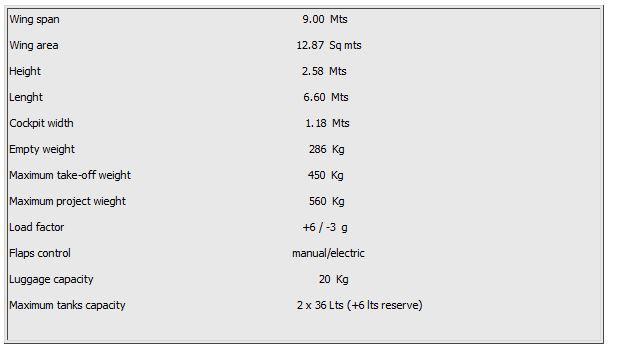